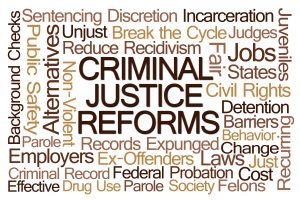 In the first two posts in this series, we examined the origins and provisions of the First Step Act and outlined some of the important changes that will affect both current inmates and future offenders. Here we’ll look at what the Act hopes to achieve over the long term, as well as ways it represents a stark departure from the criminal justice trends of the last 30 years. The best bail bond companies in Georgia will be able to provide additional information on this new law.

In the 1980s and ‘90s, as many urban areas were in the grips of the crack epidemic, lawmakers found themselves under pressure from concerned citizens to take action on what was perceived as a major threat to public safety.  Public outcry led to several new policing measures, as well as to strict new drug laws. Some of these initiatives are now familiar to us. “Zero Tolerance” drug arrest policies and “Three Strikes” sentencing mandates resulted in thousands if not millions of convictions for people found guilty of relatively minor offenses. But this pursuit of convictions for minor crimes was no accident. Rather, it was part of an approach called “Broken Windows Policing.” The idea behind Broken Windows Policing is that if you arrest people for small crimes (like vandalism and turnstile jumping) they won’t commit more significant offenses.  The policy is now widely regarded as a failure—its only success being to vastly increase the nation’s prison population and to burden the lives of people found guilty of minor offenses with a criminal conviction.

The First Step Act, and hopefully the initiatives that follow, aim to undo some of the damage caused by Zero Tolerance, Three Strikes, and Broken Windows policies. Let’s look at how…

Current conspiracy statutes allow prosecutors to pursue low-level crimes as compound felonies simply via association. This dynamic emphasizes a defendant’s associations (with people places, and things) rather than their intent in committing an offense. For example, someone residing in a property where a meth lab was seized can be indicted on conspiracy charges, though they may have had little or even nothing to do with the illegal drug operation. It is hoped that new initiatives focused on intent, rather merely on association, will reduce the number of arrests, alleviate prison overcrowding, and decrease the number of people (often women) suffering unduly under the weight of drug conspiracy charges.

Another area where both lawmakers and inmates rights activists hope to see change is in the clemency and pardon process. Currently, the Office of the Pardon Attorney resides within the Department of Justice, which is primarily a prosecutorial organization. Creating an independent Office of the Pardon Attorney, it is hoped, will provide greater incentive to review cases with less bias toward continued incarceration and an increased rate of clemency for some offenders.

Chances for a Fresh Start

The third area of attention focuses on providing broader paths for former inmates to re-enter society and find work. Among the initiatives under consideration is the removal of certain blocks to employment that former inmates now face. For example, some states allow former inmates to petition the state to have the records of their criminal pasts sealed, provided they remain out of trouble with the law for a prescribed period. Under Pennsylvania’s Clean Slate Act, signed into law by Governor Tom Wolf in 2018, for example, former inmates who remain free of arrest and conviction for 10 years can petition to have their criminal records sealed—meaning that their earlier offenses would not be visible during an employer screening and thus expanding work opportunities.

Time will tell where and how far these criminal justice reform initiatives will go—but we are now at a pivotal point in redefining a system that thus far has placed significant and often disproportionate burdens upon minorities, women, and youthful offenders.

While the First Step Act has implemented significant change, one thing has not changed and that is the need for a reliable and competent bail bondsman if you or a family member are ever arrested. A qualified bondsman can help secure your release until trial with only a minimal financial burden to you, your friends, and family. If you’ve been arrested, you don’t have to go it alone, contact us to learn more about what Bond James Bond can do for you.