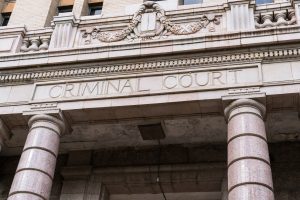 Unlawful arrest (also called “false arrest”) is one of the darker aspects of the American criminal justice system. To understand unlawful arrest and its magnitude, we must look briefly at the laws surrounding the act of arrest itself. Then we can better examine the available statistics on how many unlawful arrests occur in the U.S. and what portion of total arrests they represent.

What Is Unlawful Arrest?

Police officers cannot, under the law, simply arrest anyone they choose. They must establish “probable cause” for making the arrest. The legal definition for this determination is that:

In other words, the officers on the scene must have a reason to believe that the person they are arresting is guilty of a crime. But the standard is highly subjective and depends to a large extent on the arresting officer’s perceptions, beliefs, and state of mind. Given the fluid nature of what constitutes probable cause, it is not surprising that unlawful arrests do occur.

How Do Unlawful Arrests Occur?

A large proportion of unlawful arrests occur during high-volume arrest situations—such as drug stings, random roadblocks, political protests, and “sweeps” for illegal immigrants—where many people are arrested at a single scene. Other causes include errors in arrest warrants, errors in suspect descriptions or addresses, misidentification of suspects, officer bias, and malice. Sometimes a person is arrested merely for being at the scene where a crime occurred.

How Common is Unlawful Arrest?

Establishing exact data on false or unlawful arrests is difficult, as no government agency is tasked with tracking these cases. However, information from projects like the National Registry of Exonerations allows us to make some inferences. While the Registry focuses on wrongful convictions rather than arrests, it also reveals something about the widespread nature of wrongful arrests. Since its founding in 2012, the registry has recorded over 2,100 exonerations in the U.S. This number, plus a cursory search of false arrest cases online indicates that the numbers of false arrest cases are quite high, likely tens of thousands annually in the U.S. These arrests result in lost wages, stress on families, and costly lawsuits against municipalities.

Should you or a loved one be the victim of unlawful arrest, they will still need some form of bail before being released. Contact Bond James Bond Inc. who can assist in quickly posting bail.