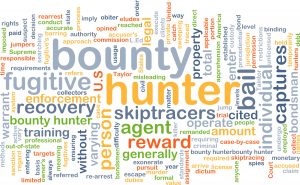 In the U.S. bail system, bail is essentially a promise. The defendant agrees to make all scheduled court appearances and in return is allowed to remain free pending the outcome of his or her case. A magistrate or a judge sets the bail amount, and that bail is paid in either cash or collateral (property) to help assure that the defendant makes all court appearances. Willfully breaking this promise to the court is commonly called “bail skipping”—a practice that is not taken lightly by the state of Georgia.

To better understand the rights of the bail bondsman in such cases, let’s take a look at what might happen if you skip bail in Gwinnett County.

The lesson here is simple: skipping bail is not the answer to your problems—it will only make them worse. If unforeseen circumstances prevent you from being able to make a court appearance, notify your bondsman as soon as possible. Remember, your bondsman can be your advocate or your adversary—the choice is yours.

Should you ever find you or a family member in need of a bail bondsman, please call Bond James Bond, Inc. We have 11 locations that are open 24 hours a day, 7 days a week to serve you quickly.