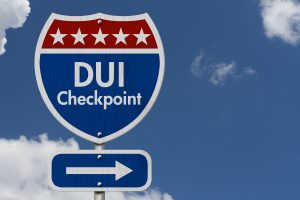 In 1990 the U.S. Supreme Court ruled that police sobriety checkpoints on public roadways do not violate a citizen’s Constitutional protection against illegal search and seizure. This ruling has had nationwide repercussions regarding the way police departments can (and cannot) attempt to stop intoxicated drivers who have not committed a traffic violation or been involved in an accident. Here we’ll take a look at some key points you should remember when encountering a DUI checkpoint in Georgia.

While it may seem as if the police hold all the power in a DUI checkpoint situation, there are some rules they must follow. If law enforcement does not follow these rules, any arrest or charges subsequent to a DUI checkpoint stop may not hold up in court.

While police must comply with the above rules in order for a DUI checkpoint to be considered lawful, the greatest burden, not surprisingly, falls upon motorists.

If you are arrested at a DUI checkpoint and charged with driving while intoxicated, you will be brought before a judge or magistrate, who will set bail for the offense. If you cannot make bail on your own, you can call a bail bond agency such as Bond James Bond, Inc. to help. Whether this is your first DUI arrest or one of several, a bail bondsman (also called a “surety agent”) can help secure your freedom pending your trial date and can limit your out-of-pocket expenses to a fraction of the full bail amount.

Ultimately the best way to avoid a DUI arrest is to be sober any time you are behind the wheel and to comply with all officer directives when encountering a DUI checkpoint. We hope this information helps you maintain a clean driving record.