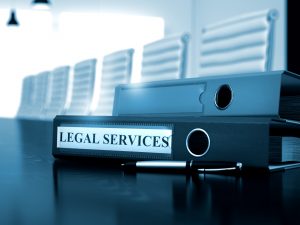 The rights of a citizen who has been accused of a crime are central to U.S. democracy. As a nation, we’ve long prided ourselves on granting due process to each defendant, regardless of charge or ability to afford an attorney. Let’s look at the law, how it’s changed, and the ways in which it affects today’s defendants.

Since 1789, the Sixth Amendment to the U.S. Constitution has assured defendants in U.S. courts of certain rights—among them the right to a speedy trial, the right to face one’s accusers, the right to call witnesses in one’s defense, the right to an impartial jury, and the right to representation in court. These key protections were instituted to prevent the federal government from arresting and holding a defendant without due process. Not all these protections, including access to a bail bond agent, extended to every defendant in every state. In some states, for example, an indigent defendant could only have a court-appointed attorney under certain circumstances—such as proof of mental or intellectual impairment—while others could only retain counsel if charged with a serious felony—such as a capital crime. This left many poor defendants who’d been charged with lesser crimes at the state or local level essentially without a right to counsel.

A defendant’s right to an attorney was put to the test by the 1963 case of Gideon v. Wainwright, 372 U.S. 335. The case surrounded a drifter, Clarence Earl Gideon, who was arrested for breaking and entering in the state of Florida. Gideon had little education and even less money, but when he asked the court to appoint an attorney to represent him, he was denied counsel. At the time, Florida only provided counsel to indigent defendants accused of capital crimes. Since Gideon was only charged with a misdemeanor, he was denied access to a public defender. Gideon was convicted and sentenced to 5 years imprisonment. He challenged the ruling by petition, claiming he had been denied representation. The Florida circuit courts and the Florida State Supreme Court all denied Gideon’s petitions and granted no relief. The case eventually made its way to the U.S. Supreme Court, which sided with Gideon, tossing out an earlier precedent. Since March 1963, all U.S. defendants who are unable to afford counsel must have counsel provided for them by the court—regardless of the nature of the charges.

How the Law Pertains to DUI Field Testing

Having the right to counsel does not mean you can call an attorney while an arrest is in process. In 2006, the Supreme Court of Georgia heard the case of Rackoff v. State (275 Ga. App. 737 ( 621 SE2d 841), which sought to determine “whether a person arrested for driving under the influence is entitled to advice of counsel before deciding if he should submit to a breath test.” The case surrounded an incident in which a driver stopped for DUI requested to call his attorney before agreeing to a field sobriety breath test. Though Rackoff was informed by officers that he was not permitted to consult with an attorney during the test, he argued that his civil rights had been violated, and moved to have the results of the DUI breath test thrown out. The court ruled that “Rackoff was not entitled to the advice of counsel when confronted with a decision as to whether to submit to the breath test”—supporting law enforcement’s case. So what does this mean for suspects? If you are stopped in GA for suspected DUI, you may refuse to take a field sobriety test but you may not counsel with an attorney prior to taking the test. Once you are arrested and booked, you will be permitted to contact an attorney. You also will want to contact a reliable bail bond agent such as Bond James Bond, Inc.

What Happens if You’re Arrested in Georgia?

To assure due process, Georgia State law requires that all defendants be brought before a judge or magistrate within 48 hours for a full reading of the charges against them. During this first court appearance (or just “first appearance” as it’s sometimes called), a defendant will hear the charges against him/her, and a judge or magistrate will ask whether the defendant can afford counsel. If not, the court will assign a public defender to the case. If you are arrested and charged with a crime, it is always advisable to work with an attorney, whether privately retained or appointed by the state. Regardless of whether you are charged with a felony or misdemeanor, if you cannot afford a lawyer, one will be appointed for you.

At Bond James Bond, we work with clients every day to help them understand the legal process and the bail bonds system. Our goal is to return defendants to their families and workplaces so they can meet important obligations while awaiting trial. Have you or a loved one been arrested and charged with a crime? An informed and experienced bail bond agent is your best ally. Contact Bond James Bond today!