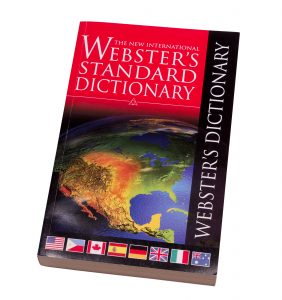 If you or a loved one is experiencing a first encounter with the criminal justice system, some of the terms used by police, attorneys, judges, and bail bond agents may seem confusing. Don’t panic. The system is complex, but by understanding some of the basic languages, you can make more informed choices and hopefully better understand your rights and responsibilities.

To help you, here are some common criminal justice terms you may hear during the pretrial phase of your case.

Arraignment: A hearing in which a defendant hears the charges against them and enters a plea (see “plea” below)

Arrest Warrant: A warrant issued by a judge requiring the arrest of an individual by law enforcement.

Bail: Provision of money, property, or other collateral to secure a defendant’s release prior to trial.

Bail Bond: Essentially a promise that a defendant will make all scheduled court appearances if released until trial

Bail Bondsman (a.k.a. surety agent, bond agent): An agent who agrees to pay the financial conditions of a defendant’s bond and to guarantee that the defendant’s court appearance

Bail Schedule: Some jurisdictions set fixed bail amounts for more minor offenses. This allows a defendant to post their own cash bail if they can afford to do so.

Bench Warrant: An arrest warrant issued by a judge—frequently when a defendant has missed a stipulated court appearance.

Collateral: Non-cash property (typically land, a home, a car, or jewelry) put up to secure a bail bond.

Co-Signor: A person other than the defendant who assists with compliance with a bail bond. For example, a family member who signs an agreement to pay the bond amount for a defendant. A co-signor often puts up their own money or property to guarantee the defendant’s appearance at all court dates.

Failure to Appear (FTA): Condition that exists when a defendant does not make a scheduled court appearance.

Felony: A major or serious crime, usually carrying a sentence of at least 1 year.

First Court Appearance (a.k.a. “initial appearance”): The first time a defendant is brought before a judge or magistrate. This is typically the hearing at which bail is set.

Forfeiture: To give up money or property due to a breach of legal obligation

Habeas Corpus: A writ requiring that a defendant is brought before a judge.

Magistrate: A judicial officer (much like a judge). Magistrates often preside over first court appearances and bail-setting.

Misdemeanor: A minor offense that does not rise to the severity of a felony.

Parole: Condition under which a convict is released from prison after serving part of their sentence. Release on parole usually entails specific requirements, such as keeping regular appointments with a parole officer.

Plea: A defendant’s formal response to a criminal charge (guilty, not guilty, no contest)

Plea Bargain: An agreement between the prosecution and the defense in which charges against a defendant may be reduced or combined in return for cooperation with the prosecution.

Pretrial Risk Assessment: A third-party assessment of a defendant’s likelihood for misconduct, based on information gathered prior to the bail hearing.

Probation: A court-imposed sentence where a convicted offender is released into the community, provided they meet specific conditions. Failure to meet the conditions of probation may result in re-incarceration.

Prosecutor: The state’s attorney in presenting a case against a defendant before the court.

Public Defender: A court-appointed attorney assigned to the case of defendants who would otherwise be unable to afford representation.

Summons: A notice requiring an individual to appear in court, either as a juror or a witness.

Warrant: A court issued an order to arrest an individual or conduct a search of an individual’s property. A warrant is a type of writ (see below).

Writ: An order issued by a court directing a person to perform (or refrain from performing a specific action.

If you’ve been arrested, a licensed and experienced bail bondsman can be your best ally in securing your release prior to trial. At Bond James Bond, we have the experience and skill to get you through this difficult time while minimizing disruptions to your family and work life. Contact us today, and discover how we can help.