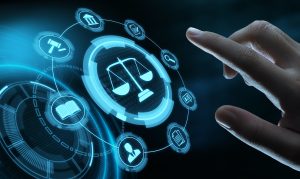 In the United States legal system, state and federal crimes are handled differently. Whether a defendant is prosecuted in state or federal court depends largely on the nature of the charges and where the alleged crime was committed. Federal crimes, for example, may include:

In cases where a defendant is charged with offenses that involve both state and federal charges, prosecutors must decide which charges to pursue in the state or federal arena.

Regardless of whether a crime is federal, state or both, utilizing a reliable bail bond agent will help to minimize your time spent in jail awaiting release.

The Question of Pretrial Release

For state crimes, the rules for pretrial release are fairly straightforward. A defendant who has been arrested and charged with a crime must be brought before a judge or magistrate promptly (usually within 48 to 72 hours) for a first court appearance. During this initial hearing, the state’s attorneys present the charges against the defendant, and, depending on the seriousness of the crime and the defendant’s likelihood to flee, the judge or magistrate will set a bail amount. Generally speaking, the more severe the offense, the higher the bail amount. Some lesser offenses may have pre-set bail amounts (called a bail schedule), while for particularly heinous crimes, a judge may decline to set bail and instead may remand the defendant to custody until trial. Once bail is set, the defendant may then either post the bond amount or remain in jail until trial. By working with a bail bondsman, defendants can secure their release pending trial by paying only a fraction of the bond amount (usually 10% to 15%), with the bond agency providing the rest.

The federal system differs from that of the state and is somewhat more complex. First, in the federal system there are no bail schedules. Second, a defendant charged with a federal crime must be brought before a U.S. Magistrate for a first court appearance within one day of arrest.

Before bail can be determined, the defendant must be interviewed by what is called a Pretrial Services Officer, who will typically ask questions relevant to the defendant’s employment, financial, family, and community obligations. The officer then uses this information to make a bail recommendation to the magistrate. The details of the federal charges or the case itself are not part of the interview.

If you or someone you love has been arrested and charged with a crime, a bail bondsman can be your best ally. At Bond James Bond, we’ve helped thousands of defendants to make bail so they can maintain their work and family obligations while awaiting trial. Contact one of our experienced agents today, and discover what Bond James Bond can do for you.